*Please fill in all the required fields.

Your form has been submitted. Thank you!

Choose Immediate Care for colds/flu, sprains/strains and other minor injury/illness.


Go to the ER for major concerns and trauma. Call 911 for chest pain and stroke symptoms. 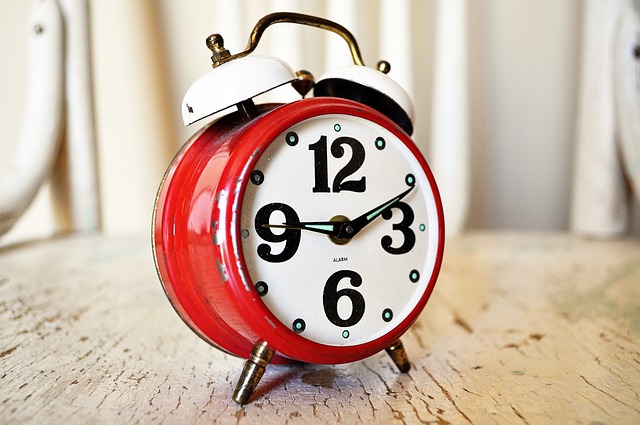 Most of us will be losing an hour of sleep this weekend as daylight saving time begins. And while that may make some people a little more tired or grumpy for a few days afterward, for people who have heart-related problems, they may want to apply that extra 60 minutes in their day toward making healthier lifestyle changes. That's because researchers say when daylight saving time returns, it brings with it a higher chance of having a stroke or heart attack.

Daylight saving time was created as a way to save fuel during World War I. The United States formally adopted the practice in 1918, hopeful it would encourage consumers to take advantage of the extra sunlight to go shopping or just be outdoors more.

Critics of daylight saving time say the practice is outdated. Many scientists say it's also dangerous around the time when clocks "spring forward" and rob most of the population of an hour of precious sleep.

The risk of having a stroke goes up eight percent during the first two days after the beginning of daylight saving time, according to one Finnish study.

In Sweden, researchers found an average 6.7 percent greater risk of heart attack in the three days after the spring change. Inspired by that finding, a group of U.S. researchers conducted their own study and determined that heart attack risk jumped 24 percent the Monday after switching over to daylight saving time. That risk then tapered off over the remainder of the week.

By contrast, risk for heart attack dropped 21 percent on the Tuesday after the fall time change.

The study did not indicate what could be causing the additional heart attacks, but most of the patients were already vulnerable to heart disease, said Dr. Hitinder Gurm, an interventional cardiologist and one of the U.S. study's authors.

A combination of those risk factors and the disruption to the body's internal clock, or its circadian rhythm, may be enough to throw the entire body off balance, said Michael Grandner, director of the Sleep and Health Research Program at the University of Arizona in Tucson.

"If you look under the car hood, you see lots of belts and gears and pistons and all sorts of parts that have their own rhythms, but which are related to each other," he said. "The body has lots of similar rhythms, so anything from the rhythm of your blood pressure, to the rhythm of your body temperature, your hormones, how you metabolize blood sugar or consolidate memories. All of these systems are within the same body and many are at least indirectly related to each other."

When daylight saving time kicks in, the process artificially changes the external environment without adjusting the body's internal clock, essentially giving the body jet lag, Grandner said. The body then needs to reset and synchronize its internal systems.

"But when you get people who are ill or who already have some hormonal disruption or other biological problem that depends on a clock, that's where you get problems," he said. "It's why you have things like a heart attack. There's a rhythm to heart function, and when all of a sudden you jostle that rhythm for a heart already very sensitive or diseased or struggling to stay healthy, you disrupt its ability to regulate itself properly for a day or so."

To better prepare yourself for daylight saving time each year, Gurm suggested making bigger lifestyle changes. "You have the whole winter to prepare for the spring change, so get in shape, get your cholesterol checked, get your blood pressure checked," he said. "Don't smoke, eat a heart-healthy diet. And to that, I would add, make sure you get enough sleep."